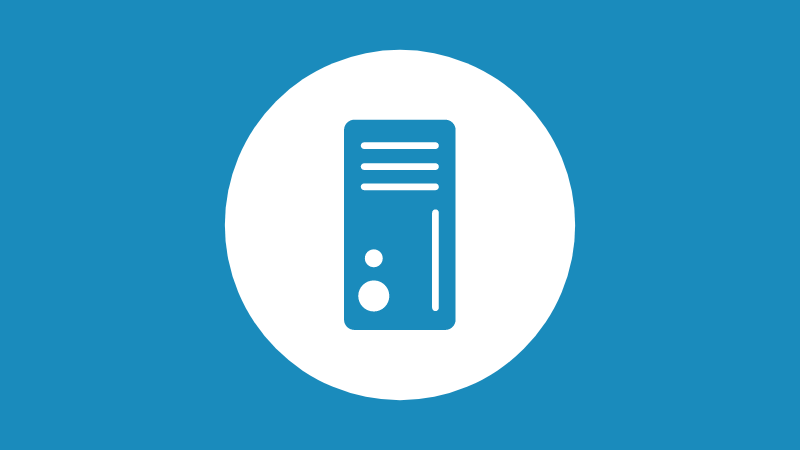 Once upon a time, the typical writer’s workflow consisted of a pen, some paper, and perhaps a bit of research material. There was nothing fancy or complicated about it — yet it got the job done just fine, thank you very much.

Nowadays, you need a whole slew of high-tech tools to get your written works published! The most critical tech-tool of the modern writing space? The desktop.

The best desktop computers for writers are crucial for developing a workflow suited for the modern era. You’ve gotta be able to download your favorite writing programs, multitask without lag, and connect all your essential gear, or you’ll see productivity tank.

The problem? Not all desktops are created equally, and technical jargon can make anybody’s head spin! As a fellow writer, I understand and share your concerns. Fortunately, I’ve spent a lot of time around computers and know what’s needed to take your writing workflow to the next level.

Join me as we check out the top desktop computers for writers, and go over all the essential considerations.

If you’re seeking cutting-edge performance that doesn’t break the bank, look no further than the Acer Aspire.

Expanding upon this foundation, the desktop comes with 12GB of DDR4 RAM, which is more than enough to handle all your multitasking needs.

Keep multiple apps and tabs open as you research and write away to your heart’s content. When finished, save to the cloud via a built-in Wi-Fi 6 network card, or save to the solid-state drive, which boasts a generous 512GB of storage. You also get oodles of ports to connect your keyboard and mouse (these come included for free) and plenty more.

While there’s no standalone graphics card, the Intel UHD Graphics 630 coprocessor shouldn’t be an issue for the vast majority of users. Even with integrated graphics, you can still run any writing app on the market, as well as media tools like Adobe Suite. Overall, this is an exceptional desktop computer at an incredible price!

The best desktop computer for writers on a budget

For starters, you get the Athlon Silver 3050U processor, which includes AMD’s revolutionary graphics capabilities. You also get a respectable 4GB of RDD4 RAM, 256GB of solid-state storage, and a total of eight USB ports (yes, you read that correctly). Moreover, the Lenovo IdeaCentre 3 measures roughly four 4″ x 11″, meaning its sleek profile fits in just about anywhere.

Sure, you don’t get top-of-the-line specifications. But the IdeaCentre 3 with Windows 10 Home is perfect for the casual and even professional writer. And if all that wasn’t enough, you also get a mouse and keyboard with purchase, so you can start cranking out those words in a hurry. It’s truly an unbelievable deal and one of the best desktop computers for writers on a budget.

Don’t like to settle for anything less than the best? The latest Apple iMac is an all-in-one desktop computer featuring Apple’s unrivaled performance and security.

It’s pricey, yes. And you’re locked into Apple’s ecosystem, which can be a good or bad thing, depending on who you ask. But boy, is the iMac worth it!

This desktop features a stunning 4K retina display built atop a vivid IPS panel. Deep inside the machine, there’s a six-core Intel i5 processor with Turbo Boost, which sends performance into overdrive when you’re asking a lot from the device. You also get 8GB of RAM, 256GB of SSD storage, and Apple’s cutting-edge port system, which includes two Thunderbolt 3s.

Choosing an Apple iMac also means you’ll receive a Magic Mouse and Magic Keyboard — some writers swear by these – and access to Apple Pages. It’s a writing workhorse that’s guaranteed to be the centerpiece of your setup for years to come.

There’s a lot to consider when choosing one of the best desktop computers for writers. In this section, we’ll help demystify the tech behind the screen and get you ready to make an informed decision.

There are hundreds of desktop computer brands. You’ve got the iconic ones from top dogs, Microsoft and Apple. Then you have tons of third-party manufacturers like Acer, Lenovo, and HP, who sell PCs pre-loaded with Windows. So who makes the best desktop computers for writers?

Turns out, it mostly comes down to preference.

Sure, some companies rank better or worse in certain areas. But they all create machines that get the job done 99% of the time (except for those cheap unknown-brand knockoffs).

My main suggestion? If you’re used to a particular platform (Windows vs. macOS), stick with it unless you want to spend some time learning an operating system. When all you want to do is write, learning the ins and outs of an entirely new ecosystem can be incredibly frustrating.

Fortunately, most (though not all) writing and graphics apps can be used on Windows and macOS.

Short for central processing unit, the CPU is the beating heart of your desktop computer. The leading players in the game are Intel and AMD, both of whom create a spectacular range of cutting-edge units. While Intel used to reign supreme, both companies now come highly recommended.

Seek out an Intel i3 or AMD Ryzen 3 (or higher) CPU for maximum performance. If you’re on a tight budget, AMD’s Athlon series offers serious bang for the buck.

GPU is short for the graphics processing unit, or graphics card. Most writers who use the standard array of software like MS Word and the latest browsers should have no problem using an integrated graphics card that comes alongside the CPU.

That said, AMD creates slightly better-integrated graphics, so go for them if you dabble in design or light gaming on the side.

Most modern computers come with at least 250GB of solid-state storage. Given the small size of most writing documents, storage space should rarely be an issue. If you’re buying a desktop computer as a multitasking machine, however, you may want to get something with 500GB or more.

The operating system also comes on the disk drive and takes up between 10 to 20GB of space. The primary consideration here is whether you want Windows 10 Home or Pro. The storage differences are negligible, but Pro has more features that are better suited for professional writers.

Last but not least is RAM. RAM stands for random access memory. In a nutshell, it determines how well your computer can perform under load (e.g., when multitasking or using resource-heavy applications). 4GB is the minimum you should opt for, with 16GB being the creme de la creme.

Last on our list of essential considerations? Overall performance.

Fortunately, word processing uses very few resources. As a result, most modern desktops should have no problem handling your Microsoft Word, Scrivener, or web-based documents.

The main thing to think about is how you intend to use the machine. If you do a lot of research for your writing, a higher-end machine with more storage and RAM is the way to go. Similarly, if you’re a creative writer who likes to create custom designs and images for your works, you’ll want something a bit more robust, like an i5 or Ryzen 5.

When it comes to performance, you also need to keep in mind essential peripherals like the mouse, keyboard, and monitor. All the machines on our list come with mouse and keyboard (woo-hoo!), but you’ll need to supply a monitor. Fortunately, you can pick these up relatively cheap from Amazon.

With all that in mind, a simple machine with few frills oughta do just fine! That’s great news for your wallet and your craft. No matter one of the best desktop computers for writers you choose, remember to keep those words coming!